With the 4th of July upon us, we pause to recognize the extreme bravery of men and women who stand ready to defend this great nation of ours, and our privilege to feel safe–on our couch at home. We think of the soldiers that have given their lives to protect our freedoms and the troops still fighting on foreign soil today, as well as those ready to ship out when called upon. This year I found myself pondering what exactly it is that drives someone to devote their life to something so dangerous as going to battle. What makes a man or woman, a son or daughter, a father or mother give up the safety of civilian life and place themselves in harm’s way?

To understand this I sat down with Lance Corporal Michael Lucas, an Aviation Support Operator for the Marine Corps Reserves. In his early 20’s, Michael took a temporary leave from a fantastic job at Sikorsky Aircraft in Bridgeport, Connecticut and started training to serve our country. Although he is in the Reserves, Michael still devotes his time to training and preparing in the case that he is called upon to fight. During our conversation, I asked Michael what a soldier’s couch life consists of. I also asked him what drove him to join the Corps, and his answer echoed the response that has been given by so many before him- “I love this country”. That patriotism of our troops, that belief that this country is worth giving a life for, is what has allowed us to remain the “home of the free” for as long as we have. 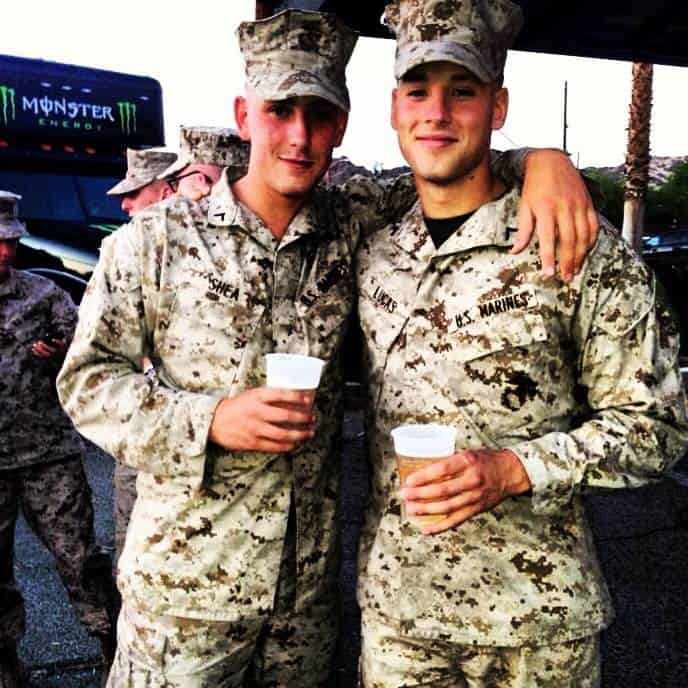 Lance Corporal Lucas and fellow Marine near 29 Palms base in California.

It’s sometimes easy to get into the swing of a holiday, grill up some tasty food, and fall into a comfy couch. But it’s so important to remember the true spirit of the 4th of July, a victory of independence from Great Britain, and the lives that were given to gain that freedom as well as the all those devoted to protecting it. Thanks to Lance Corporal Lucas for sitting down with me and telling your story- God Bless you and every other soldier that makes our comfortable lives on a couch possible. 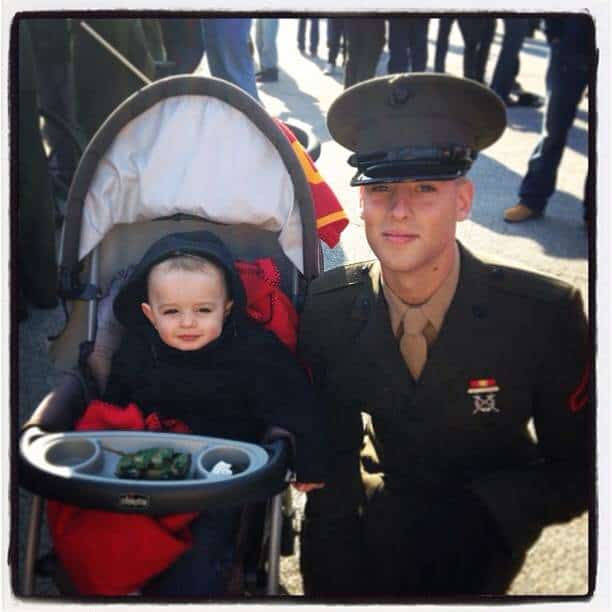 Lance Corporal Lucas with his nephew after graduating boot camp at Parris Island.

I am patriotic–and I am grateful.